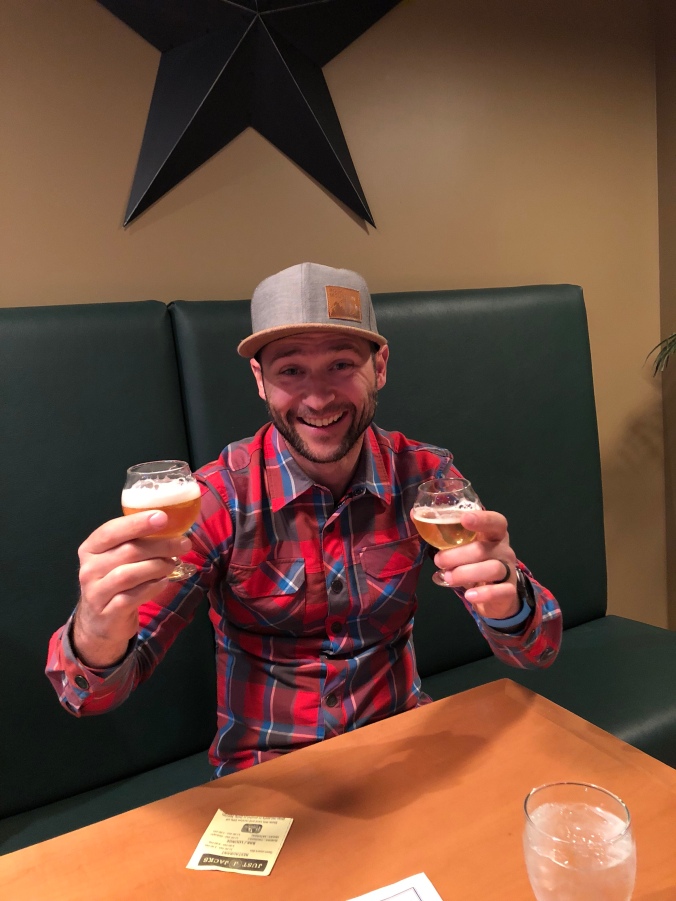 This self described epic mountain bike race covers many of the world-class single track trails, climbs and decents that Pemberton, BC is famous for. 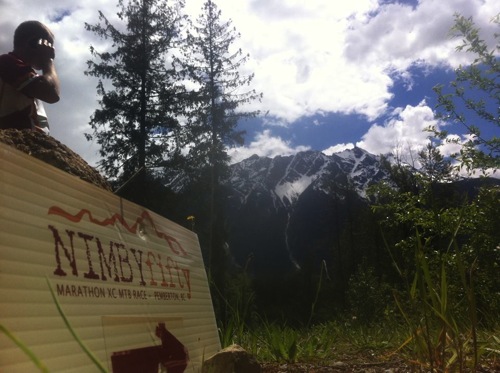 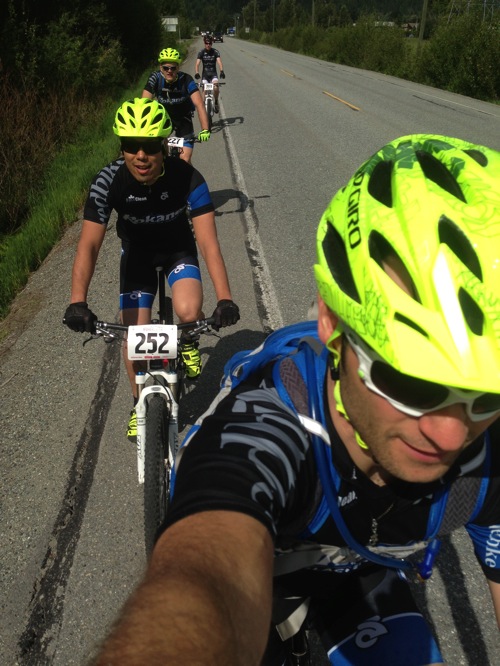 Evan Sherman give the NIMBYFIfty 2 Thumbs Up!

My race went really well.  Since we were a bit asleep at the wheel, we started waaaay at the back of the pack.  We should have caught on when people were lining up their bikes in the start shoot, 30 mins prior to the start, but we were too happy soaking in all the tubular pre race energy and good vibes.

With some MTB stage racing experience under my belt (BCBR, TransRockies, Furious3) I knew that I could move my way up in the pack.  I bid adieu to my teammates and flowed up in the pack, steering clear of any sketchy riding activity.  After burring a few matches, I made my way to the back of the leading group, and settled in around Mical Dyck and co. to start the first climb.  Good sensations, legs didn’t hate going hard to bridge past 300 people.

I felt really good on the opening climb, and should have known better when I saw Mical sprint past me.  Ah yes, the single track.  So I got held up a little, but nothing to sweat about as it was early in the race and I really had no idea where I was positioned.

After that first downhill, along the flats, I motored into the front of the group, which included Mical and the other girl she battled for the win, and took to the 101 switchback climb and road really smooth up the switchbacks.  Unfortunately, my granny developed a affinity for my chain, and I began to experience the dreaded chain suck, so I did want any smart racer would do – I stuck it in the big ring and hammered! This turned out to be a good strategy as I gapped that group behind me and moved up in the field with one other guy who, due to my over gearing, would grumble at me in the switchbacks, so I’d let him by, only to catch and pass him a minute later…oh well. 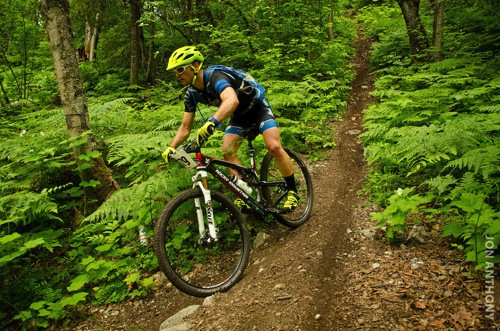 Man, the downhills were gnarly!  And man was my new Rocky Mountain Element 999 even gnarlier!  That bike is amazing, especially with my Specialized Command Post.  Now yes, you don’t’ really need a dropper post around Edmonton, but for these BC types of races its a big advantage, even with the weight penalty.  2/3 Kokanee Redbike guys had one for the race and 3/3 Kokanee Redbike guys would agree – dropper posts are RAD!

On the downhills, I reminded myself to be “Smooth Like Lega”, a saying I often recite through my head as I race – in reference to Roddi Lega, one of my friends and secret racing heroes who is incredibly smooth and fast on the race course.  The guy is a living legend – but that’s for another blog post.

After thoroughly cooking the legs riding the big ring all day, I was grateful to hear “it’s all downhill from here” and TT’d in on the last 3 ams of flat pavement to finish my first NIMBYFifty.  I got interviewed by Brett Tippie, who told me we were crazy for driving from Edmonton for this, and I disputed that, arguing we were not as crazy as Tippie! 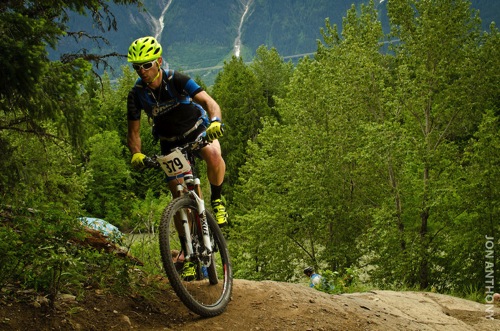 As the results came out, Mark squeaked into the top 100 and completed the race in well under three hours, so considering he came into the race unaware ofthe trails, he felt he did quite well.  Mike came in 17th overall and 3rd in his age category, which we were all very proud of.  Josh survived a few crashes and finished the race despite the hindering injuries like the giant he is. 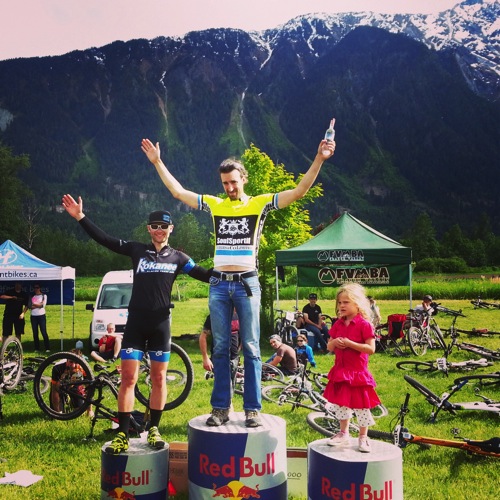 Yes, Mike got beat by an 8 year old in a pink dress

The NimbyFifty was a memorable race, and not just for the amazing mountain biking, but because it was the first Kokanee Redbike roadtrip.  Hopefully, the first of many in the upcoming seasons.  All in all it was a fun experience and we all agree that one of the coolest parts was being able to travel and stay as members of the team. Then having Evan show up to race was a bonus.